The film tells the story of Butter (Kersting), a smart, funny high school junior who happens to be obese. Butter manages to befriend the prettiest girl at school, Anna (McKaley Miller), via social media by pretending to be a jock from another school. Butter fears he can never tell Anna, his secret crush, who he really is - sure she would never accept him and his obesity. Meanwhile, Butter struggles with self- esteem and family issues, as his mother (Sorvino) feels the only way she can show her love is by feeding him. Facing constant bullying at school, Butter finally devises a crazy plan: he announces he is going to eat himself to death, on New Year’s Eve, live on the Internet – with the whole school invited to watch. Butter expects pity, insults, and sheer indifference. Instead he gets cheerleaders rallying around his deadly plan, and his social media fame makes him a sudden member of the school’s in crowd. As Butter’s popularity grows, so does his new friendship with Anna. But as New Year’s approaches can he live with the fallout if he doesn't go through with his plans? 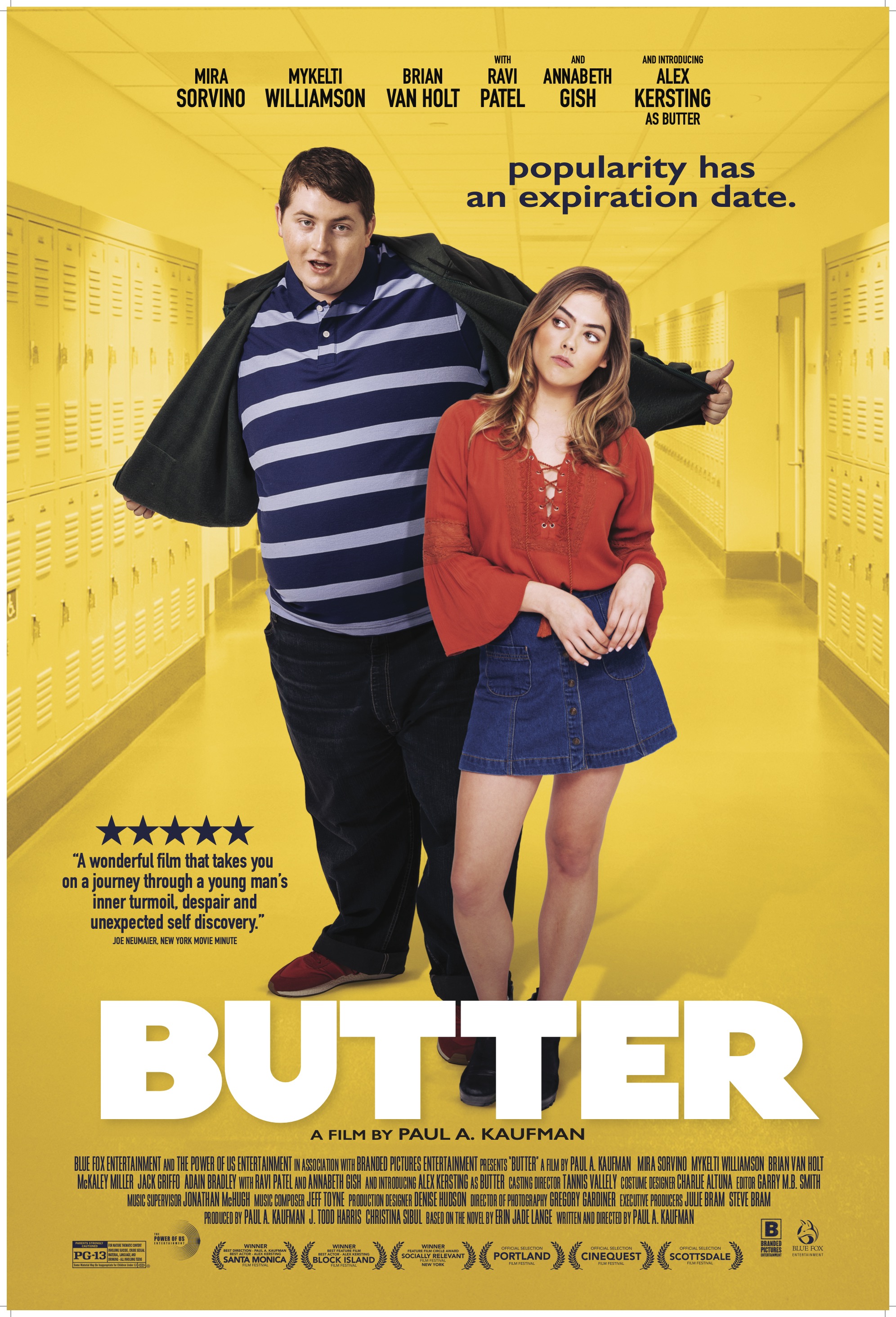 ALETEIA: ‘Butter’ the movie offers a chance to talk about teen suicide

THE ADAM CAROLLA SHOW: “Part 2: Ravi Patel, plus The News

THE ACCOLADE: Despite serious issues like suicide and bullying, ‘Butter’ succeeds in bringing back spirit of 1980s teen romance-dramedies