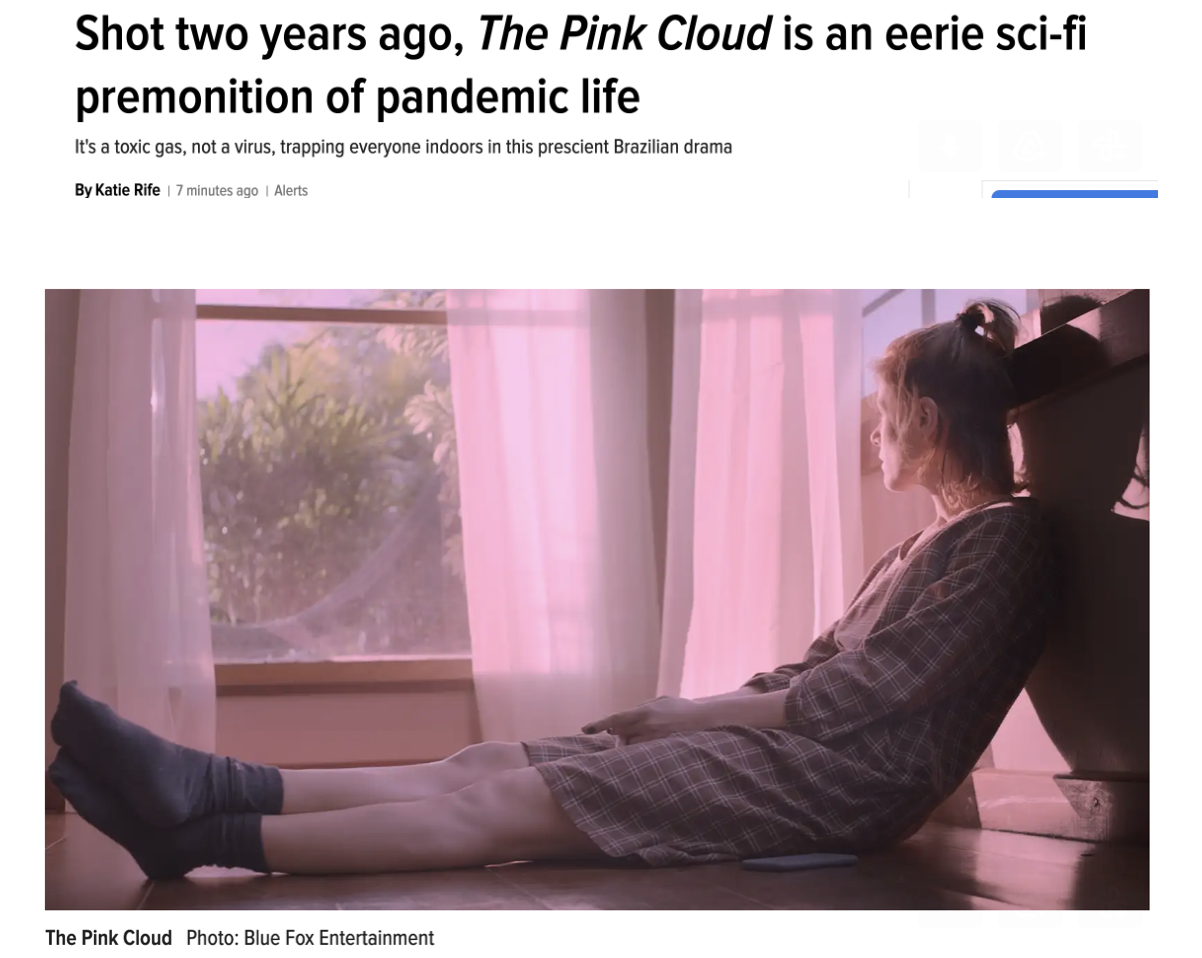 "The first months of 2020 were surreal for most everyone on the planet, but they must have been especially so for Iuli Gerbase. The year before, the Brazilian filmmaker shot a script she wrote back in 2017 for a movie called The Pink Cloud, a meditative sci-fi drama about the long-term psychological effects of being stuck in lockdown for extended periods of time. If that sounds familiar, there’s one key difference between our current reality and the film’s: The thing keeping everyone inside isn’t a virus. It’s the pink cloud of the title—a meteorological phenomenon that’s soothing to the eye but fatal to anyone who inhales its vapors."