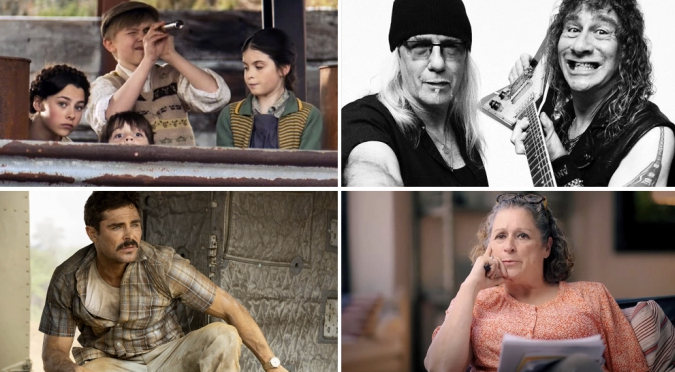 "The sequel to a beloved British family film, a heavy metal re-release, an Apple title from TIFF and Abigail Disney’s takedown of the American Dream populate the specialty film weekend in a market that may have found sturdier footing ahead of awards season and amid a dearth of blockbuster fare.

This weekend: Blue Fox Entertainment’s Railway Children, inspired by the family film of the early 1970s, opens on 900+ screens. Directed by Morgan Matthews, written by Danny Brocklehurst, based on a treatment by Jemma Rodgers. Stars Jenny Agutter, Sheridan Smith and Tom Courtenay. Set in 1944 as WWII life in Britain’s cities becomes increasingly perilous, three evacuee children are sent to a Yorkshire village. Settling into country life, they’re thrust into a dangerous quest when they discover an injured American soldier hiding out in the railyard."