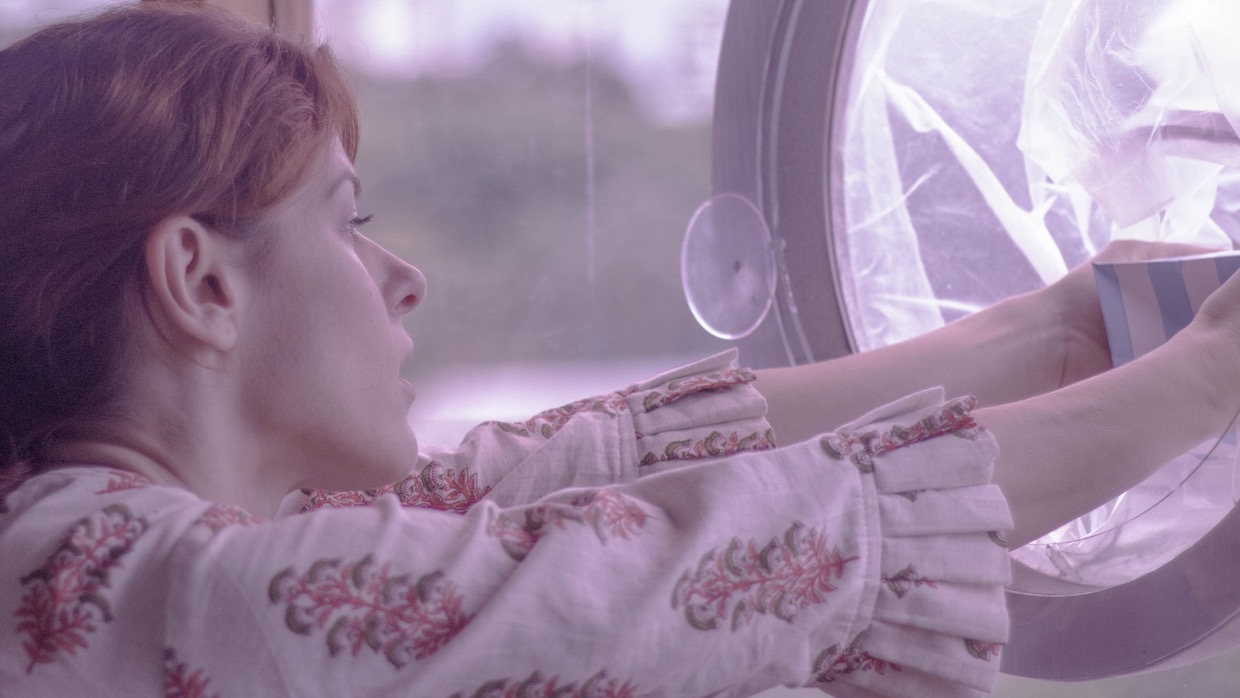 FILMMAKER: “Oh No, Now It Will Be The Pink COVID”: Writer-Director Iuli Gerbase on the Inadvertently Prescient The Pink Cloud

"“This film was written in 2017 and shot in 2019,” reads a title card at the very beginning of Brazilian writer-director Iuli Gerbase’s debut feature The Pink Cloud. “Any resemblance to actual events is purely coincidental.”

As the film’s plot unfurls, it becomes clear why such a disclaimer is necessary. Set in a present-day Brazilian metropolis, The Pink Cloud begins with protagonists Giovana (Renata de Lélis) and Yago (Eduardo Mendonça) in the midst of a playful, seemingly inconsequential one-night stand. When they wake up the next morning, it’simmediately  clear something is off. Yago shows Giovana a notification on his phone, to which she replies it “must be a joke” before nodding off to sleep again. Seconds later, an alarm begins blaring through the city, accompanied by a droning announcement: “Close all the windows and doors immediately.” There’s an encroaching shade of pink on the sky’s horizon, the titular cloud which will slowly envelop this city—and the entire world—in a toxic gas that can kill anyone who breathes it in ten seconds."