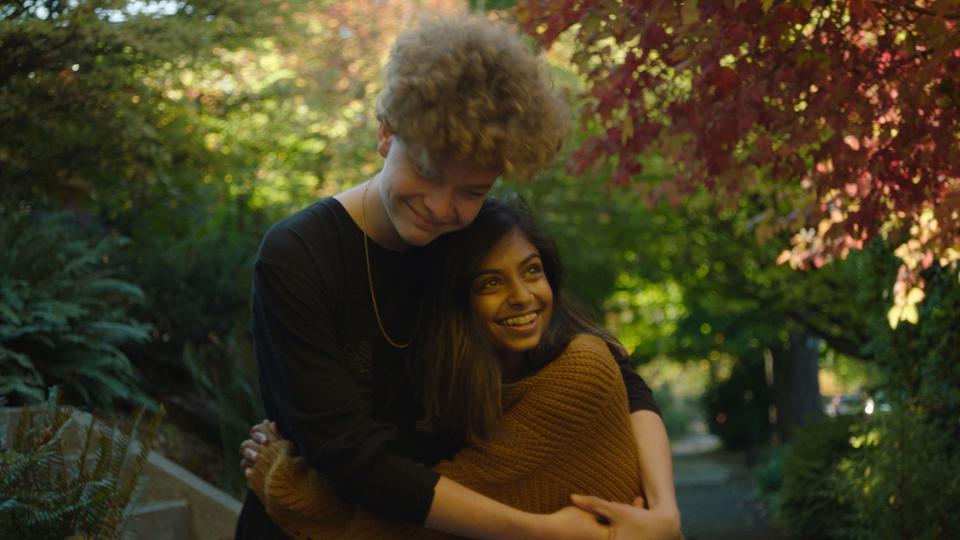 FORBES: The Young Star Of ‘Young Hearts’ Anjini Taneja Azhar On Film, Claymation And Why We Need Valentine’s Day

"Young Hearts, which aptly premieres today for Valentine’s Day, is a sweet film about teenagers that explores the awkward encounters of first love. Produced by the Duplass Brothers and co-written and directed by brother-sister team Sarah and Zachary Ray Sherman, Young Hearts is a nostalgic exploration of the enormity of teen feelings. Raised together in the Portland suburbs, Harper (Anjini Taneja Azhar) and Tilly (Quinn Liebling) have known each other since they were babies. At an after-school hangout, consisting of smoking pot and playing video games, Harper begins to see Tilly as more than just her older brother’s friend. The upshot is a profound relationship between two people in the process of forming their own identities and beliefs, who find a haven within each other. One of many reasons to watch Young Hearts is the film’s success at treating charged moments without preciousness or melodrama, and at depicting contemporary teen culture without getting lost in the digital-age details."