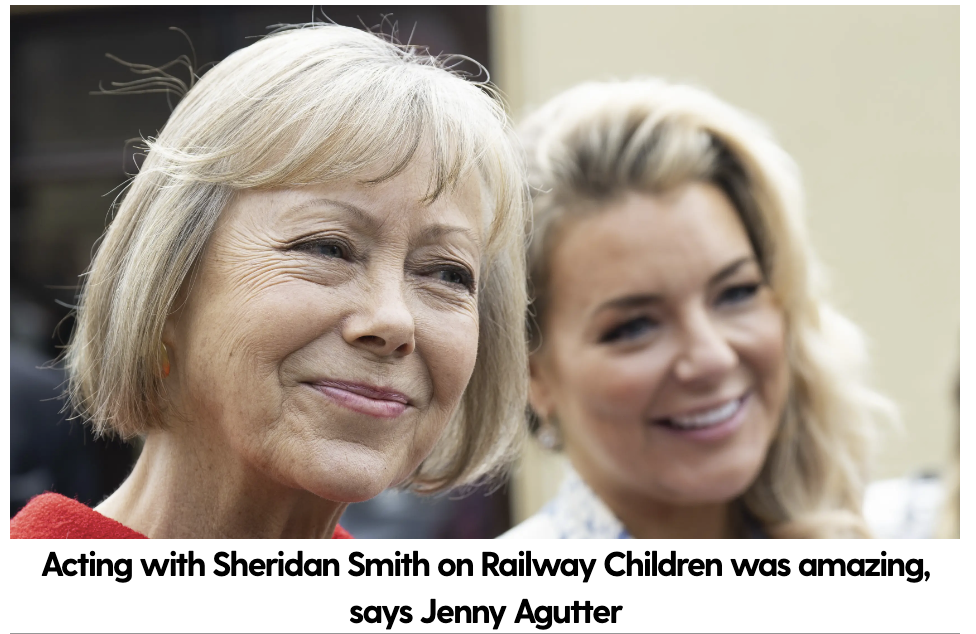 "Jenny Agutter has praised “extraordinary” actress Sheridan Smith, who stars as her daughter in Railway Children – 52 years after its original release.

The Call The Midwife star, who as a teenager shot to fame as the oldest of the Waterbury children in the 1970 film, has reprised her role as Bobbie, who is now a grandmother in the sequel.

The original film, based on the 1906 novel of the same name by Edith Nesbit, told the story of a mother and her three children who move to the Yorkshire countryside after their father is falsely imprisoned."