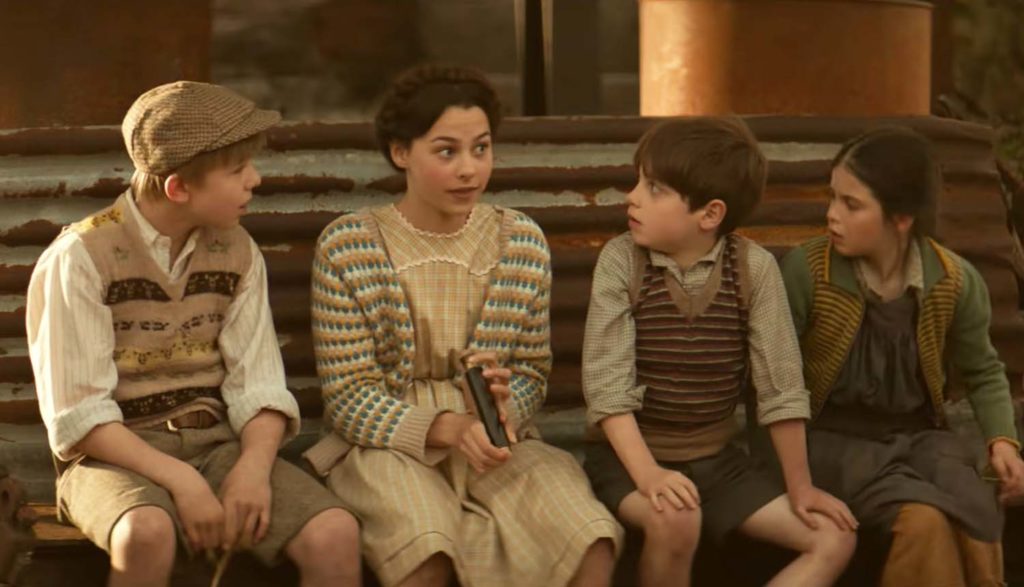 "If you’ve read C.S. Lewis’ classic fantasy The Lion, the Witch and the Wardrobe, you know how the four Pevensie children came upon that famous wardrobe. They left London during World War II to live, in relative safety, in the countryside.

They weren’t the only ones.

While few children found magic wardrobes, literally millions of them left London and other British cities during the war. And in 1944—when Germans renewed their bombing runs over the British Isles—they were joined by three more: Lily, Pattie and Ted Watts.

Their mother tearfully sent them away from Manchester to the quaint village of Oakworth. They’re soon whisked into the loving, slightly chaotic Waterbury home—populated by the family matriarch, Bobbie; her daughter, Annie; and her 13-year-old grandson, Thomas."