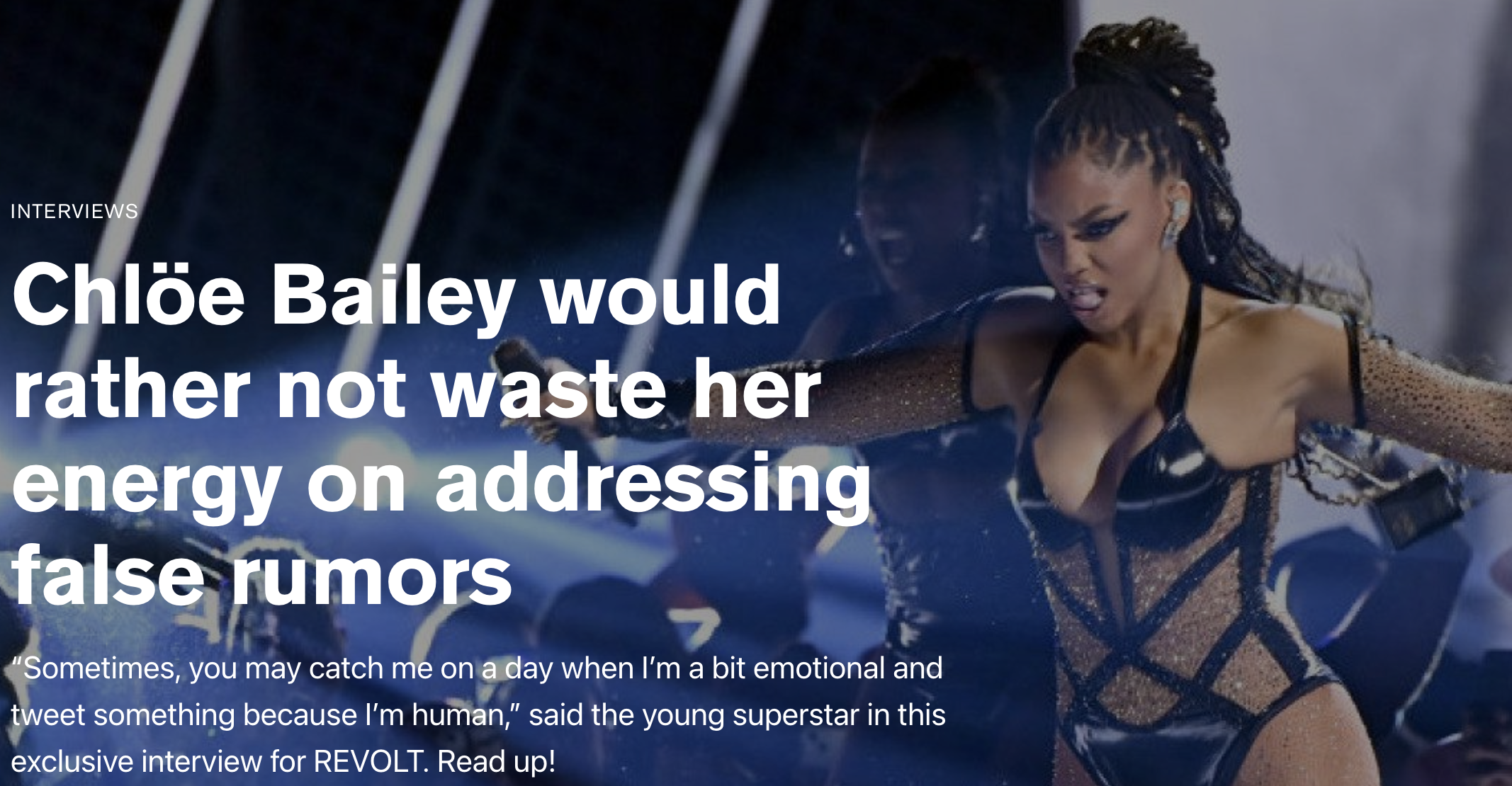 REVOLT: Chlöe Bailey would rather not waste her energy on addressing false rumors

"Chlöe Bailey stars in a new film that showcases a slightly different side of the sweet and lovable pop star that we’re used to.

The 24-year-old singer appears in the psychological thriller Jane, which follows high school senior Olivia (Madelaine Petsch). The young student struggles with grief from the recent loss of a friend and goes on a social media rampage aimed at all those standing in the way of her success, ultimately opening the door to her darkest thoughts and impulses. In the film, Bailey stars as Olivia’s best friend, Izzy. Jane is meant to serve as a cautionary tale about losing yourself on the way to success, with an intricate look into the high stress and demands that trouble teenagers today.

In an interview with REVOLT, singer and actress Chlöe Bailey digs into these issues and opens up about her own success, how she describes herself as an artist, social media making her hesitant to react, and best practices for fan interactions. Read up!"