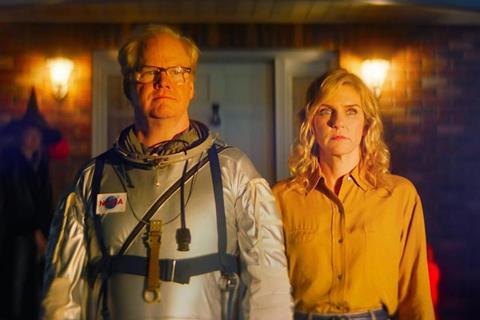 "Blue Fox Entertainment has acquired international sales rights to the SXSW sci-fi comedy dramaLinoleum starring Jim Gaffigan and Rhea Seehorn which became one of the more admired selections to emerge from the Austin festival in early spring.

Colin West (Double Walker, Survival Skills) directed the Narrative Feature Competition entry in which Gaffigan plays the host of a failing children’s science TV show and aspiring astronaut who finds a deep direction to his life after a Space Race satellite crashes into his back yard and he sets about rebuilding the machine into his dream rocket."