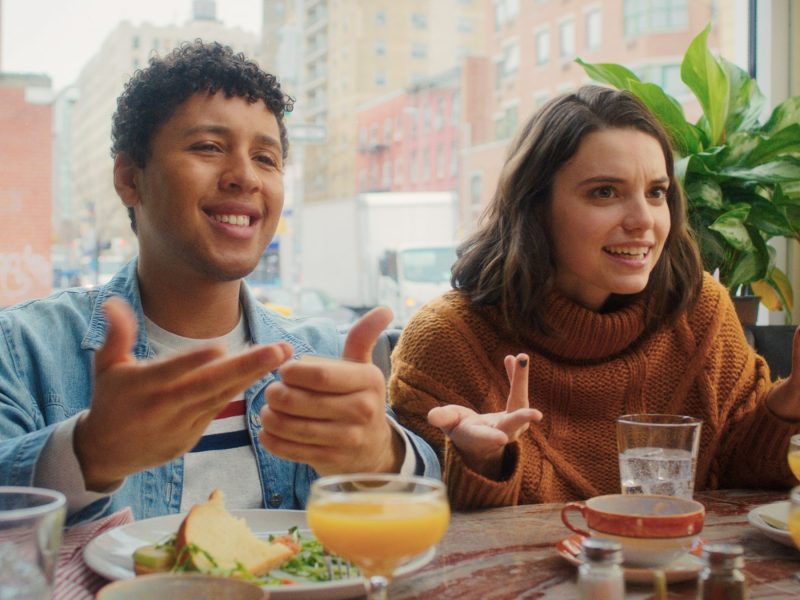 "Not many people can say they hit a home run with their debut feature but this is the case with Jonah Feingold. Feingold knew he wanted to be a filmmaker when he first saw Hook. If you notice, the film’s score pays homage to the Peter Pan film during one of the restaurant scenes. But Hook isn’t the only film that inspired Feingold. No, When Harry Met Sally plays a big role, too. When making a rom-com, you can’t go wrong with being influenced by Nora Ephron. Fairy tales and rom-coms kind of go hand in hand–after all, look at the many animated Disney films about princesses looking for their Prince Charming!"