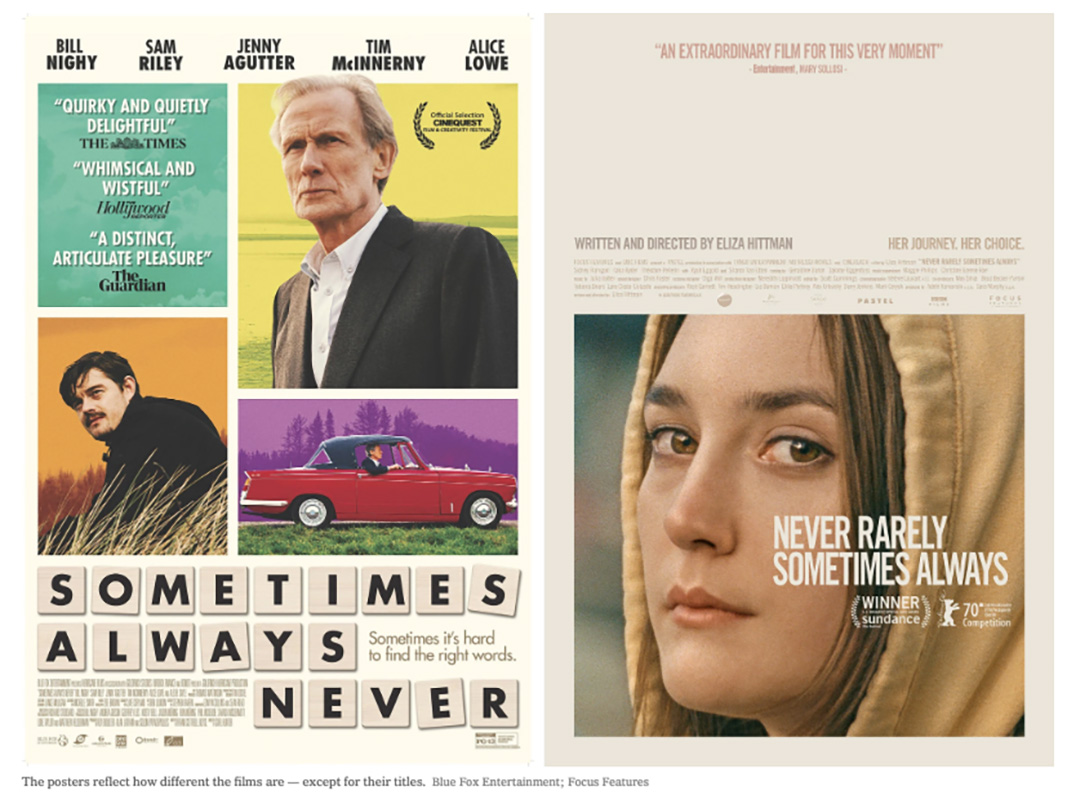 Despite what your brain may tell you, “Never Rarely Sometimes Always” is not the same movie as “Sometimes Always Never.” The former (in theaters March 13) is a neo-realistic drama that examines the hurdles a 17-year-old Pennsylvania girl faces to get an abortion in New York City. The latter (in theaters April 17) is a whimsical British dramedy starring a Scrabble-obsessed Bill Nighy on a hunt for his estranged son.

Both are small, indie films. Both have spring release dates. And both are eager to find a distinct audience, despite sharing overlapping titles of the same rearranged words.

Yet neither considered changing the title to avoid confusion. Why not?

MEN'S JOURNAL: REVIEW - 'SHE IS THE OCEAN'