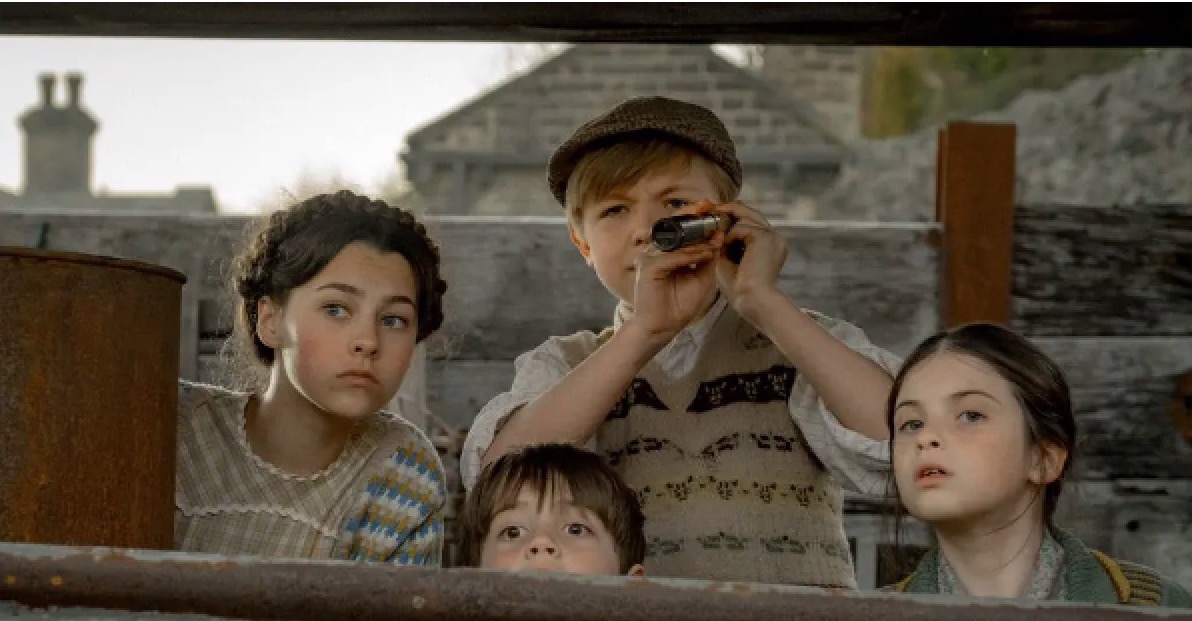 "The Railway Children universe originates in Edith Nesbit's 1905 serialized novel about a mother and three children at the turn of the century who leave London to live just off a country rail line. A popular 1970 adaptation starring the British actress Jenny Agutter followed (among others), but the most recent "Railway Children" is set during World War II. The three youngsters in Morgan Matthews's winsome new film, are shipped to the northern countryside as part of the evacuation of children that occurred during German air raids.
Thirteen-year-old Lily (Beau Gadsdon) and her younger siblings Pattie and Ted (Eden Hamilton and Zac Cudby), are taken in by Annie, a kindly schoolmistress (Sheridan Smith) and Bobbie, her mother (Agutter). The city kids go through an adjustment period, but they soon settle into an idyllic Yorkshire, which is bathed in the film's burnishing glow."