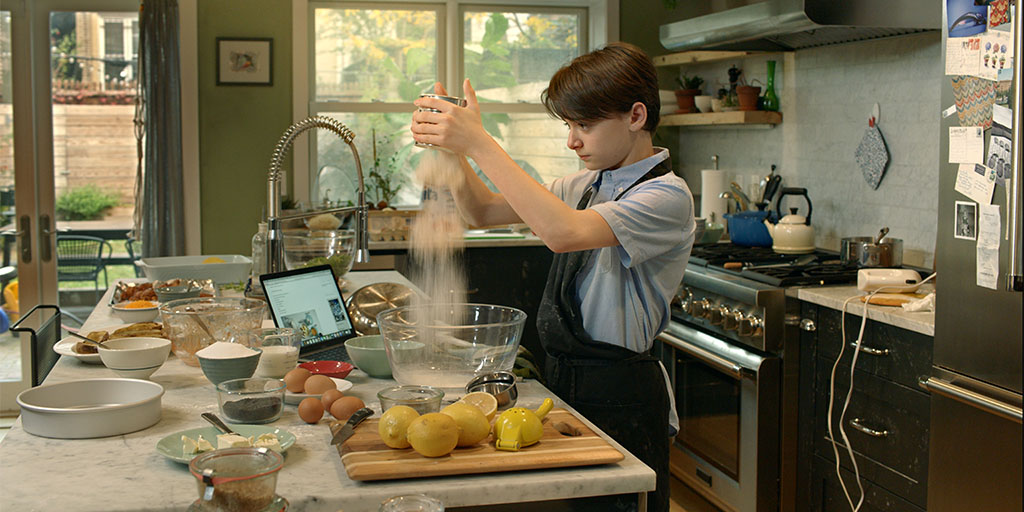 When the mother of the title character in “Abe” tells her husband that “we’re raising Walter White, ” it’s not because she thinks their 12-year-old son is cooking meth, as in “Breaking Bad,” but because he has mastered the chemistry of baking bread. Abe is played by Noah Schnapp, from “Stranger Things,” and he’s irresistibly charming. “Abe” the movie is charming too. It’s a coming-of-age fable, set in Brooklyn, about a tween prodigy of gastronomy who suffers from identity conflict—Jewish on his mother’s side, Muslim on his father’s—and dreams of cooking an ecumenical dinner that will bring peace to his fractious family.

That’s the pretext, at any rate, for a joyous celebration of food—how it looks, how it lures, how it’s sliced, diced and chopped, and especially how it transforms Abe’s life after he secretly apprentices himself to a street chef named Chico (the Brazilian singer and musician Seu Jorge) who happens to be a master of Bahian cuisine.