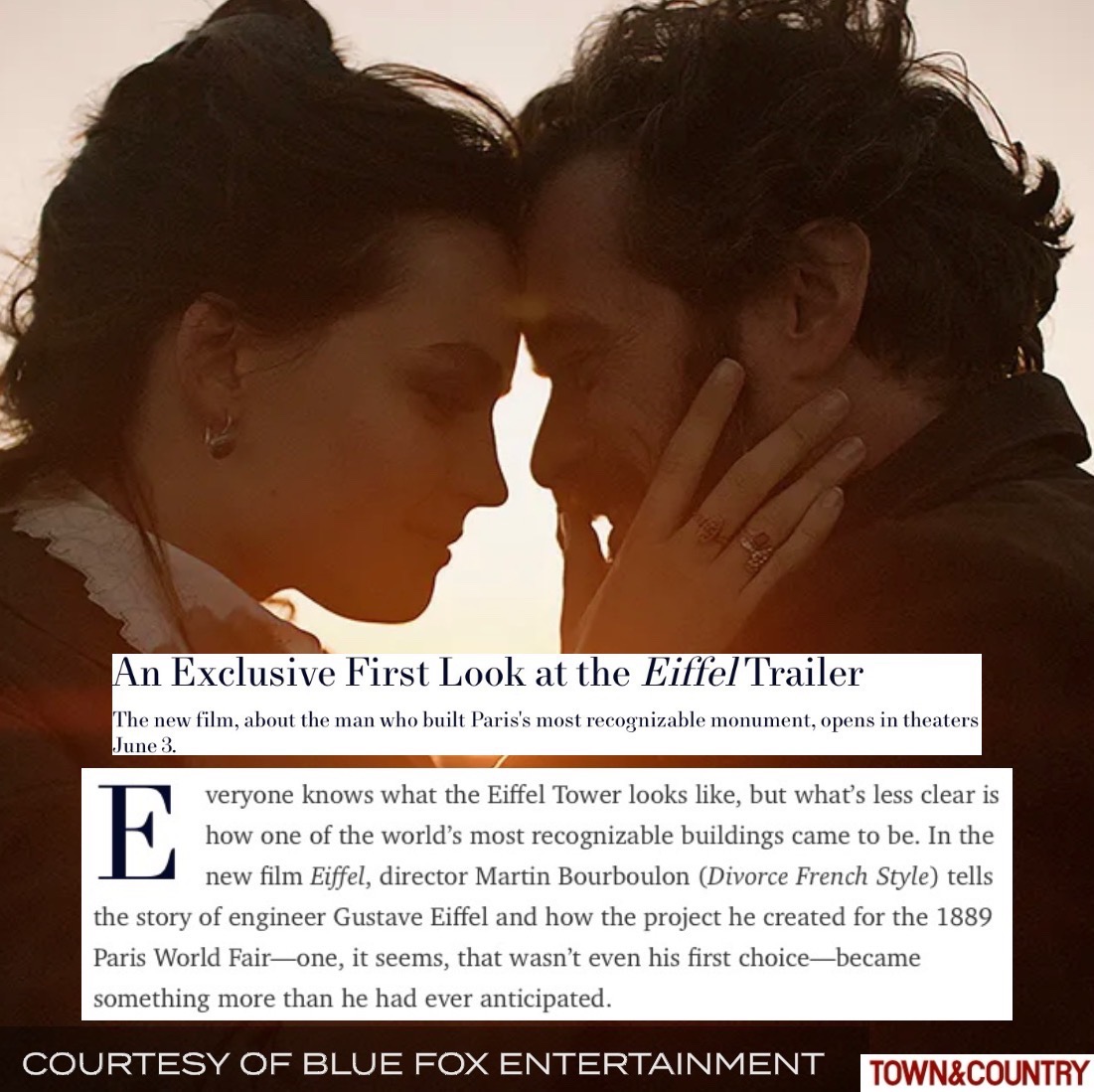 TOWN & COUNTRY: An Exclusive First Look at the Eiffel Trailer

"The new film, about the man who built Paris's most recognizable monument, opens in theaters June 3.

Everyone knows what the Eiffel Tower looks like, but what’s less clear is how one of the world’s most recognizable buildings came to be. In the new film Eiffel, director Martin Bourboulon (Divorce French Style) tells the story of engineer Gustave Eiffel and how the project he created for the 1889 Paris World Fair—one, it seems, that wasn’t even his first choice—became something more than he had ever anticipated."