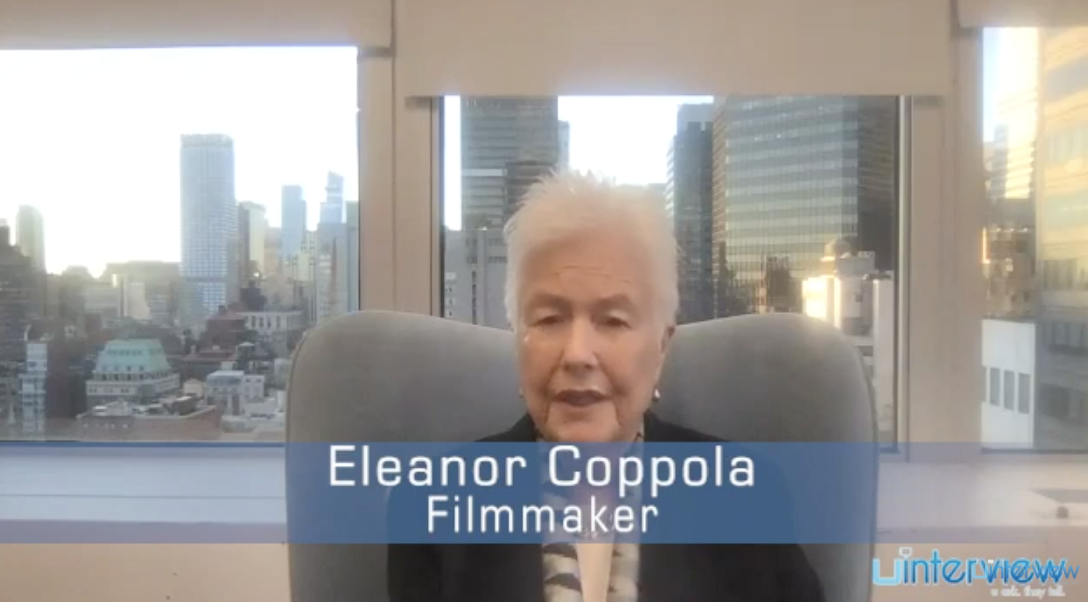 UINTERVIEW: VIDEO EXCLUSIVE: Eleanor Coppola On The Meaning Of Her Film ‘Love Is Love Is Love’

"Director and writer Eleanor Coppola discusses the meaning behind her film Love Is Love Is Love in her new uInterview.

“The first one was based on a few years ago, I was interviewing an actor in Canada and this was we were working over Skype,” she described, “and we were talking to each other, and he was telling me about somebody on location there that was dating his wife on Friday nights over Skype and I thought that was such a curious idea, an amusing idea, so I wrote this short piece and of course it resonated with people, myself, and people I know who’ve had family away on locations and so forth, so it’s familiar territory to me, so I wrote this story. I finished it way before Covid … it still seems relevant.”