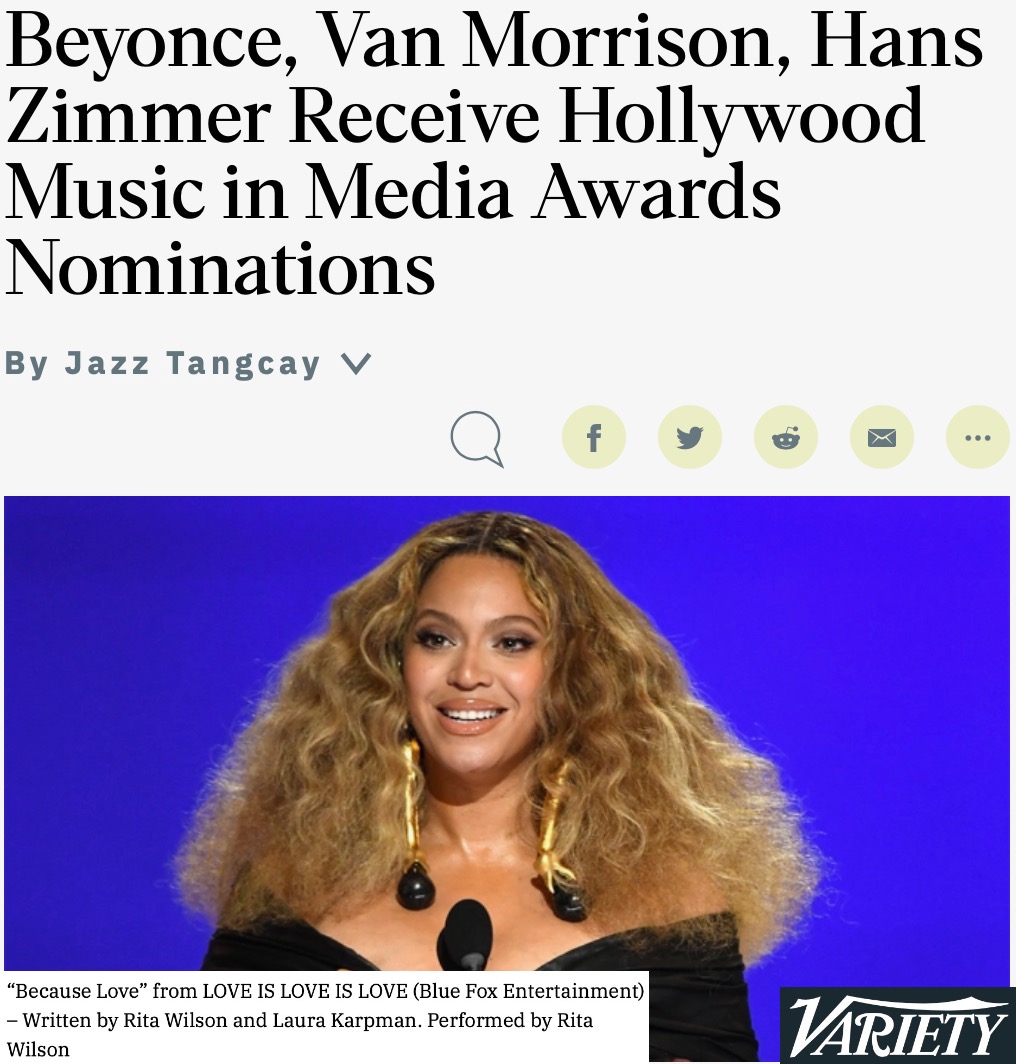 "Best original song Oscar contenders Beyoncé and Van Morrison are among those who received nominations in the visual media categories at the Hollywood Music in Media Awards (HMMA). Composers Hans Zimmer and Nicholas Britell were included among the familiar names picking up nods in the score categories.

The awards will be presented Nov. 17. The HMMAs honor composers, songwriters, and music supervisors for their work in music for film, television, and video games."