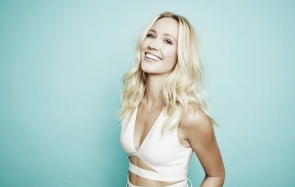 "Blue Fox Entertainment recently announced that they have acquired the rights to Unexpected, an offbeat comedy starring Anna Camp, Joseph Mazzello, Neil Flynn, and Ryann Shane. The company, which will distribute the film in North America, launched worldwide sales at the Cannes Film Festival.

The film, which is currently still in post-production, will follow Bob, a music critic, whose life is in shambles. Bob is facing a demotion, struggling with an addiction, and trying to manage the menagerie of animals his wife, Amy, has accumulated. At a crossroads of existential crisis, the couple has to decide if adopting a baby will save the relationship? Or maybe rescuing another duck will do the trick?

The film’s cast members are no strangers to the comedy genre; for instance, Camp, who will be playing one of the film’s leads is best known for her roles in Pitch Perfect, and The Lovebirds. Camp will be appearing opposite Mazzello who is known for appearing in Bohemian Rhapsody, and The Social Network. Flynn is best known for his roles in The Middle and Scrubs while Shane notably appeared in Banshee."