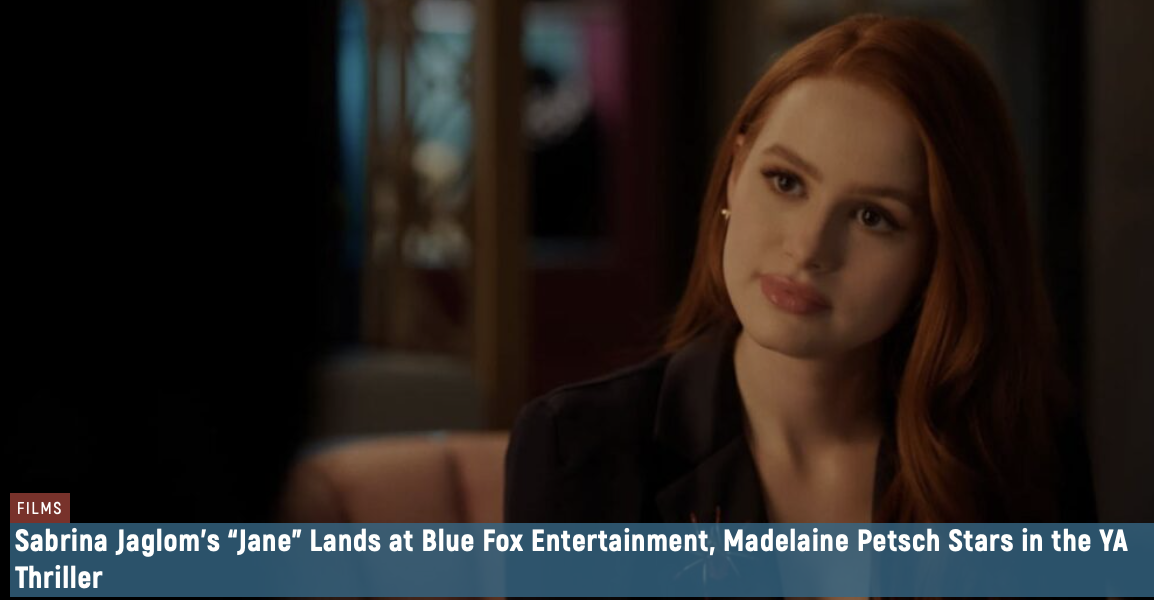 "Madelaine Petsch is set to wreak havoc on another high school. Best known for her role as Cheryl Blossom, Queen Bee on The CW’s “Riverdale,” she leads “Jane,” a YA thriller that marks Sabrina Jaglom’s directorial debut. Variety reports that Blue Fox Entertainment has acquired worldwide rights to the pic with plans to release it theatrically this fall. “Jane” will debut simultaneously on Creator+, which “produces feature-length films in partnership with digital creators and monetizes through their fanbases across mobile, web, and connected TV,” per the source.

Penned by Jaglom and Rishi Rajani, the film follows Olivia (Petsch), a perfect-seeming teen who is struggling to deal with grief brought on by a recent loss of a friend. After getting deferred from her dream school, she begins to spiral out of control, launching a social media-fueled rampage against those that stand in the way of her success,” Variety teases."