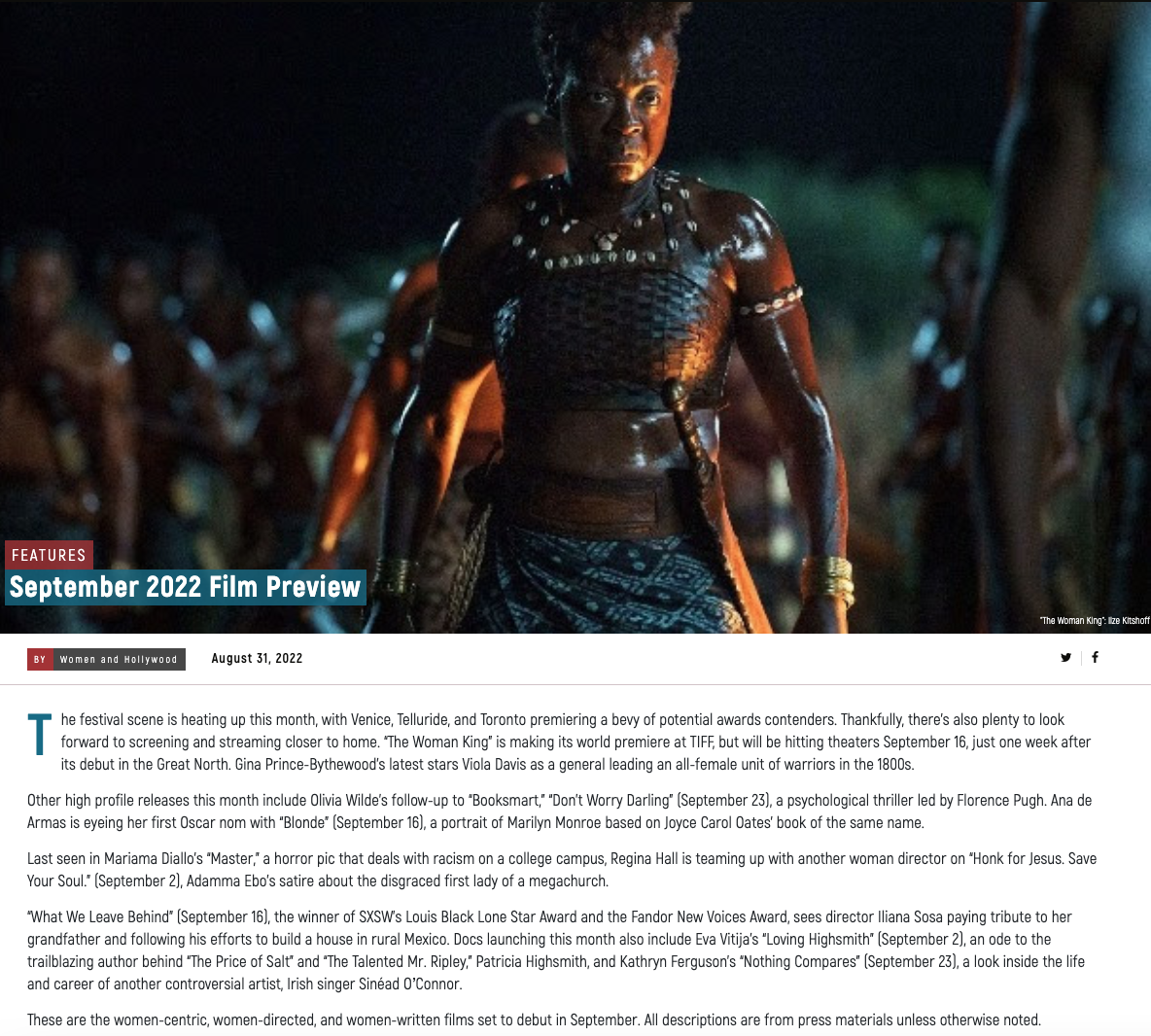 "The festival scene is heating up this month, with Venice, Telluride, and Toronto premiering a bevy of potential awards contenders. Thankfully, there’s also plenty to look forward to screening and streaming closer to home. “The Woman King” is making its world premiere at TIFF, but will be hitting theaters September 16, just one week after its debut in the Great North. Gina Prince-Bythewood’s latest stars Viola Davis as a general leading an all-female unit of warriors in the 1800s.

Other high profile releases this month include Olivia Wilde’s follow-up to “Booksmart,” “Don’t Worry Darling” (September 23), a psychological thriller led by Florence Pugh. Ana de Armas is eyeing her first Oscar nom with “Blonde” (September 16), a portrait of Marilyn Monroe based on Joyce Carol Oates’ book of the same name.

Last seen in Mariama Diallo’s “Master,” a horror pic that deals with racism on a college campus, Regina Hall is teaming up with another woman director on “Honk for Jesus. Save Your Soul.” (September 2), Adamma Ebo’s satire about the disgraced first lady of a megachurch.

“What We Leave Behind” (September 16), the winner of SXSW’s Louis Black Lone Star Award and the Fandor New Voices Award, sees director Iliana Sosa paying tribute to her grandfather and following his efforts to build a house in rural Mexico. Docs launching this month also include Eva Vitija’s “Loving Highsmith” (September 2), an ode to the trailblazing author behind “The Price of Salt” and “The Talented Mr. Ripley,” Patricia Highsmith, and Kathryn Ferguson’s “Nothing Compares” (September 23), a look inside the life and career of another controversial artist, Irish singer Sinéad OʼConnor.

These are the women-centric, women-directed, and women-written films set to debut in September. All descriptions are from press materials unless otherwise noted."